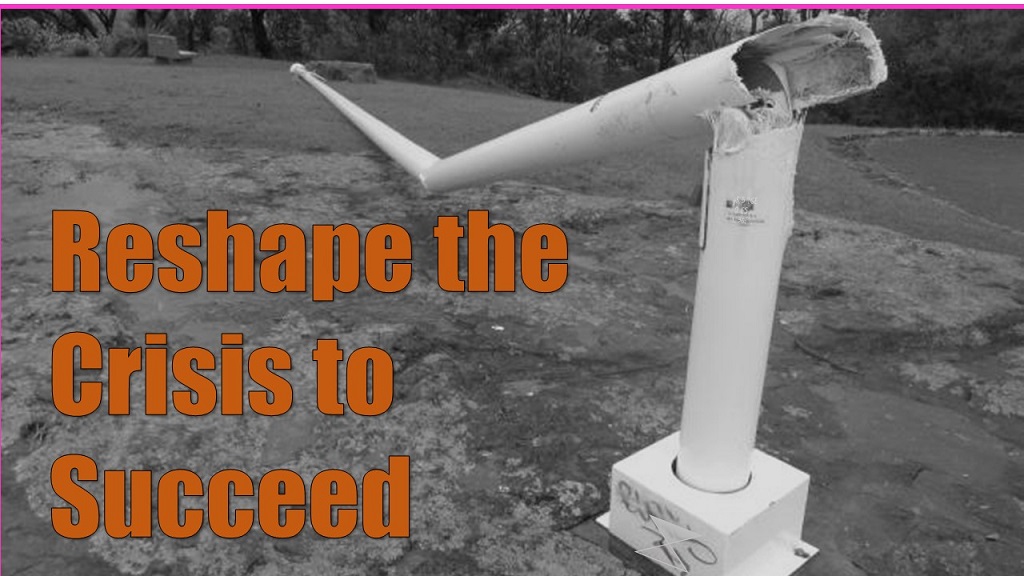 Problem solving often involves alternative thinking.  When we think we’re stuck between two forces in strong opposition we can achieve our goals by reshaping the situation for success.  Sometimes we need to create the alternative.

Cheryl, my patient spouse, recently told me a delightful story about how a McDonald’s owner extricated himself from an “impossible” situation.  Below I expand on Cheryl’s telling of the McDonald’s story.  I found an early version of the story in a 1971 New York Times piece. (Ray Kroc by J. Anthony Lukas, 1971, New York Times)

On May 4, 1970 soldiers from the Ohio National Guard encountered Kent State University students protesting against the U.S. invasion of Cambodia.  The Guardsmen opened fire on the unarmed students killing four and wounding nine others.

The day after the shooting, students from Southern Illinois University marched into the McDonald’s restaurant in Carbondale, Illinois demanding that the restaurant’s U.S. flag be lowered to half-staff.  The students wanted to honor the Kent State students.  The Manager complied.

A neighbor, who happened to know McDonald’s founder, Ray Kroc, called him to complain.   Kroc called the Carbondale Manager and insisted that the flag be raised again to the top of the pole.  The flag was raised.

The angry students returned to the McDonald’s and threatened to burn the restaurant unless the flag was again lowered.  The McDonald’s Manager called McDonald’s President, Fred Turner, and pled his case.  Turner thought a moment and said, “Tell you what you do.  The next delivery truck that arrives, have the driver back into the flag pole and knock it down.”  The next truck backed into the pole and knocked it down.

Stuck between the proverbial rock and hard place?  Can you see the problem, but not the solution?  The next time you feel stuck, ask yourself “Where’s the flagpole and how do I knock it down?”